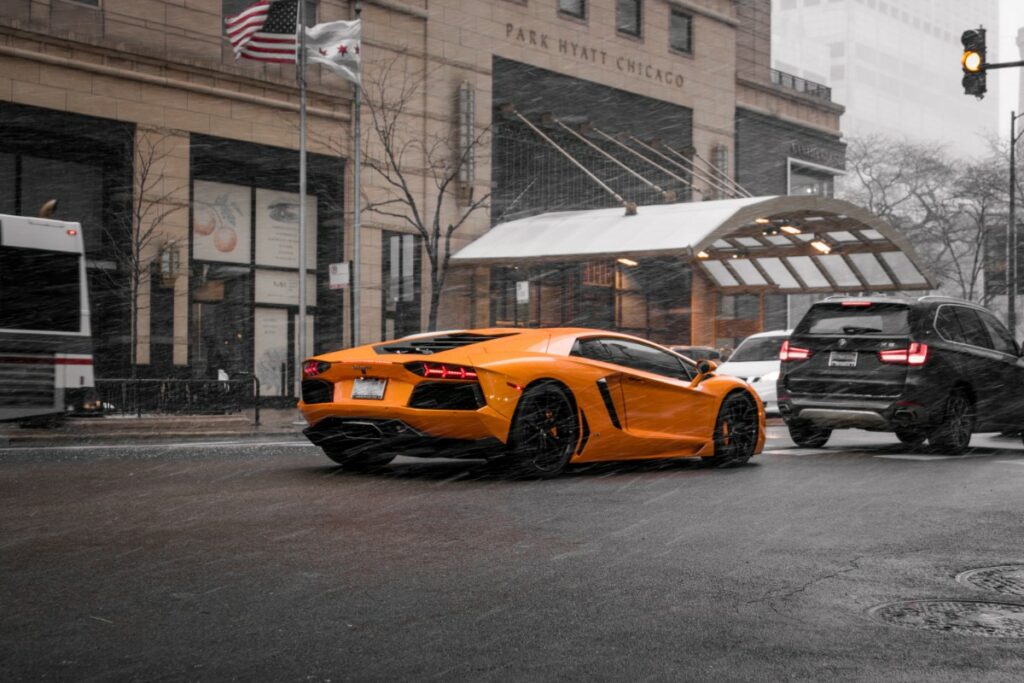 The success of Porsche's IPO launch gave much-needed encouragement for other brands, such as Lamborghini, to take the risk of going public.

According to Volkswagen CEO, Oliver Blume, the stock market creates new opportunities for automakers to thrive and reach their full potential.

When it comes to Lamborghini, it's safe to assume that investors who enjoy fast vehicles and fast money would kill to buy the luxury carmaker's shares.

Does this mean we'll be seeing a Lamborghini IPO anytime soon? Keep on reading to find out more about Lamborghini's IPO.

In late September 2022, Volkswagen held an initial public offering (IPO) for Porsche, selling approximately 12.5% of the German company to investors.

The famous IPO launch was held on the Frankfurt stock exchange and raised around 9.4 billion euros (9.9 billion dollars), making it one of the biggest IPOs in European history. However, it's not only Volkswagen that's been secretly planning for an IPO.

In an interview with Bloomberg, Lamborghini CEO Stephan Winkelmann revealed that the Italian brand began planning for an IPO well before the Volkswagen Group even requested its many brands to develop a presentation strategy.

Truth be told, Winkelmann initiating the process without being asked says a lot about how thrilled he is with the notion.

Volkswagen will undoubtedly be intrigued, given its tremendous success with the Porsche IPO.

In the interview, Winkelmann explains that Lamborghini has been collaborating with other agencies to get clarity.

He also mentions that they've done this as a brand for a long time to demonstrate their worth and value.

"An IPO drill is exactly what you do to show the public how solid you are and what’s in progress for the future," Winkelmann continues, "and we have a clear story and plan for that."

When Is Lamborghini's IPO Launch?

Michael Dean, an analyst at Bloomberg Intelligence, predicts a Lamborghini IPO will take place over the next 18 months.

Lamborghini had a valuation of around 298 million dollars in early 2022. According to Dean, launching an IPO will result in a valuation of about $16 billion, if not more. This, of course, heavily depends on the market conditions and other factors at the time.

According to Nasdaq's review of corporations that went public since the 1980s, the IPO success rate is around 20%. This means that 80% of businesses that go public don't make a profit when they first list on a stock market.

Is the Lamborghini IPO a Good Idea?

Lamborghini's outstanding financial performance should have investors on the edge of their seats for the upcoming IPO.

After all, the luxury carmaker has seen some impressive growth, with its operating margin rising to 31.9% in the first half of this year alone.

Additionally, it sold 7,430 units from January to the end of September. This contributed to the $567 million overall profit—a 69% increase over the same time last year.

Not to mention, the demand for Lamborghini cars has skyrocketed in the last couple of months. I firmly believe we have the Urus super SUV to thank for that. After all, it’s certainly been a noteworthy contributor to the business's exceptional performance.

With a total of 20,000 units sold in four years, the Urus continues to set new sales records year after year.

Besides the high demand for the Urus, other factors contribute to Lamborghini's increased profitability. Some of these are the rising popularity of limited-edition vehicles and the need for more extensive personalization.

That said, everything seems to be in place for the Italian automaker to go public and make a profit.

Since we're nearing the end of the year and aren't sure when Lamborghini will launch its IPO, it's difficult to predict how much the company's share price will be.

However, based on the share prices of rival businesses, it’s logical to expect stock for Lamborghini would sell in the $20–$30 range.

Is there a way to Invest in Lamborghini?

Since Lamborghini hasn't gone public yet and the company's privately held, you can't buy its stocks just yet. Until it releases more information about an IPO, the only way to invest in Lamborghini is to purchase one of its premium vehicles.

Or you can benefit from its parent company's stock market listing. Lamborghini is owned by Audi and falls under the Audi brand, which is part of the Volkswagen Group. Ultimately, this means Volkswagen owns Lamborghini in a way.

Volkswagen is a pretty big brand that owns a high number of various automakers and brands. All of the following businesses fall under the Volkswagen Group:

Should you buy Lamborghini shares?

Since it may take some time before Lamborghini goes public, it's best to monitor the current market and look for any upcoming Lamborghini stocks.

According to figures given by Adwired, Lamborghini had a valuation of around 298 million dollars on January 1st of this year. So, if the premium carmaker decides to go public, many investors would surely want to get a piece of that action.

If given the option to invest, investors would be confident that their portfolio would include a solid business capable of making a lot of profit.

In all fairness, Lamborghini's track record of success over the past several years makes the prospect of an IPO quite exciting.

Although we don't know when its initial public offering will take place, we do know that the Italian luxury manufacturer is working on something quite special for sports car aficionados.

The future is looking bright for Lamborghini stocks, especially after Volkswagen achieved such success with the launch of Porsche's IPO.